The persistence of memory »

The persistence of memory: a biography of Dalí

Description
Salvador Dali's work has seared itself onto the collective subconscious of our time to a degree rivaled only by that of Picasso. Images like the soft watches of Dali's painting of 1931, The Persistence of Memory, made at the apogee of his early surrealist period, can truly be said to have become twentieth-century icons.
Dali fueled his fame and influence through behavior that was flamboyant, extravagant, deeply eccentric. His paintings, which are defined by their hallucinatory imagery and "magic realism," are known to a wide audience in great measure because of his incredible flair for self-promotion. Yet the real Dali, the man behind the outrageous and enigmatic mustache, has remained elusive, or, as he once put it, "a secret within a secret." Meredith Etherington-Smith has delved into unpublished letters and previously unavailable archives to penetrate the facade and put the work in context. She explores the profound effect on Dali of the remembered landscapes of his Catalan childhood and of his early relationships with his fellow art students Garcia Lorca and Luis Bunuel. Lorca was in love with him, and Bunuel collaborated with him on the first surrealist film. The most important secondary character in this extraordinary life, however, is Gala, Dali's wife, muse, and finally tormentor. Their marriage was one of the most bizarre relationships of all time, and it does much to explain the last, tragic years of this great figure who was at once genius and charlatan.
Also in This Series 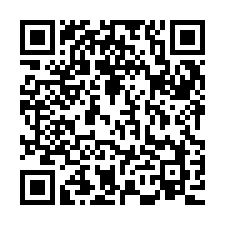