Songs in Ursa Major: A novel

Description
A scintillating debut from a major new voice in fiction, alive with music, sex, and the trappings of fame, Songs in Ursa Major is a love story set in 1969 at the crossroads of rock and folk

Raised on an island off Massachusetts by a mother who wrote songs for famous musicians, Jane Quinn is singing in her own band before she's old enough to even read music. When folk legend Jesse Reid hears about Jane's performance at the island's music festival, a star is born--and so is a passionate love affair: they become inseparable when her band joins his on tour. Wary of being cast as his girlfriend--and haunted by her mother's shattered ambitions-- Jane shields her relationship from the public eye, but Jesse's star power pulls her into his orbit of fame. And caught up in the thrill of the road and the profound--and lustful-- connection she has with Jesse, Jane is blind-sided by the discovery she makes about the dark secret beneath his music. Their relationship is abruptly destroyed, and Jane--heartbroken and blackballed by the industry--is now truly on her own: to make the music she loves, and to make peace with her family. Shot through with the lyrics, the icons, the lore, the adrenaline of the late 60s music scene, Songs in Ursa Major pulses with romantic longing and asks the question so many female artists must face: What are we willing to sacrifice for our dreams?
Also in This Series 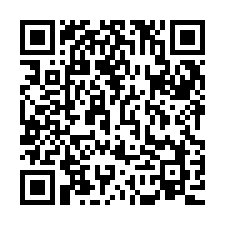