The Times atlas of the world »

The Times atlas of the world: tenth comprehensive edition

The Tenth Comprehensive Edition opens with stunning satellite images of the continents and the oceans as they appear from space. This preliminary section continues with a series of graphics, photographs, maps, tables, and charts reviewing the cosmos, the natural world, and humanity's interaction with our home planet. Next is a comparative list of Earth's physical features, from rivers to mountains to islands to deserts, and a complete statistical guide to the states and territories of the world. This opening section concludes with a fascinating chronicle on the evolution of world mapping, beginning with our first attempt to map the world more than a thousand years ago.

The central section of The Tenth Comprehensive Edition, with 248 pages of breathtakingly detailed reference maps, provides the most accurate and up-to-date visual presentation of geographical knowledge in any atlas today. Each map, drawn with generous scale and projection, has been entirely redesigned since the last edition, using the latest digital technology. While creating maps of optimum accuracy, these new methods also provide enhanced clarity and greater legibility than ever before, even for an atlas that was already legendary for the readability of its maps. In addition to recording the new states and republics created by political upheaval in this last decade before the millennium, The Tenth Comprehensive Edition includes a multitude of renamed towns and cities, along with many revised national borders.

The revised and expanded index, covering more than 200,000 place names, is the largest index ever found in a single-volume atlas, virtually ensuring that any location a reader may be looking for will be included in the book. The index is also unique in scope, giving the name, description, regional and country locations, the map grid reference, page number, and latitude and longitude. No other atlas comes close to providing such an index, either in sheer numbers or in reference value.

In the last three decades, The Times Atlas of the World has been in the vanguard of a revolution in the science of cartography, replacing maps formerly created on hand-etched copper plates with maps that are computer-generated. The Times Atlas of the World, Tenth Comprehensive Edition, represents the fullest flowering yet of this remarkable revolution in cartography. It is the finest atlas ever published, sure to be treasured by students, scholars, armchair travelers, global sightseers, and anyone seeking better understanding of our dynamic planet.
Also in This Series 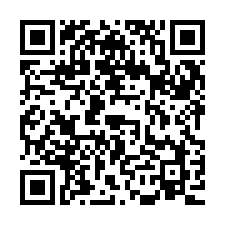