Description
In a tight presidential race, Madeline O'Keith Turner's inclusion on her party's ticket had been a stroke of political genius - handily winning her running mate the White House and herself the distinct honor of becoming the first woman vice-president in America's history. A shrewd, savvy, effective and popular politician, she is more than qualified to chair the Senate and to act as her nation's good-will ambassador. But now fate has intervened. The sudden death of the sitting President has left Maddy Turner in a position that no one ever truthfully expected: behind the desk in the Oval Office and holding the reins of power.
As the new Chief Executive, President Turner faces a slew of challenges and treacheries from her very first day in office. She is confronted by an uncooperative group of "old guard" Washington insiders who would dearly love to see her fail. Even her own Chief of Staff secretly doubts her ability to lead. And, worst of all, she has precious little time to master the subtleties of governmental gamesmanship - because a crisis is brewing halfway around the world that could have devastating global repercussions.
The Chinese are engaging in a massive military build-up and brazenly reaching out into the East China Sea - the first step in an act of naked aggression designed to destroy Japan's position as a Pacific power. A situation that would severely test the abilities of even the most seasoned world leader could be a disaster for Maddy Turner and her nation. And a single false step could result in the untried President's impeachment...or nuclear war.
But President Turner has a staunch ally within her own inner circle: General Robert Bender, her National Security Advisor. An ex-Thunderbird pilot, his loyality to his Commander-in-Chief is unwavering, but the skills that made him an outstanding military leader are rejected in the corridors of power. As the Chinese and Japanese fleets clash in the biggest naval engagement since World War Two, the General must give the President a crash course in bare-knuckle battling and swift, decisive action before time runs out - even if it costs him his career, and his life, to do so.
Also in This Series 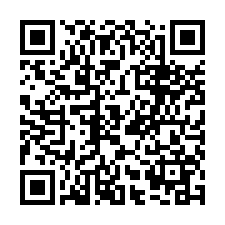