Alice: on the outside

Description
Alice likes her life, even though she realizes that change is on the way. She and her friends may develop separate interests and ideas, and sometimes she may find herself on the outside rather than inside her close circle, but the future looks good. Alice thinks she's ready for it. Her first look at that future comes when Aunt Sally and Cousin Carol visit. This is Alice's chance to ask Carol what sex is really like for a woman. After all, her cousin was once married. But Alice discovers that sex and marriage are more complex than she had thought. Sex is not the only area of life that turns out to be more difficult than Alice had expected. When her school observes a Consciousness Raising Week, Alice finds that prejudice is easier to acquire than to endure, especially when a new friend becomes the object of ridicule. There is the Eighth Grade Semi-Formal to think about, however. It will be the crowning night of the school year. What could possibly go wrong? Not anything Alice could plan for. Sometimes, she finds, it is not planning that matters, but coping. Alice is growing up. She is meeting new people, facing new problems, and giving readers new things to laugh and think about. She's experimenting with life and finding it can be awful -- but also, sometimes, very, very good.
Also in This Series 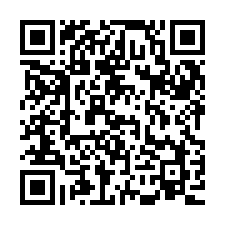