Description
A mental whiz who runs a cyber-encryption company, John Berger is at the top of his game and sure that all his hard work will soon pay off. After playing in a two-day chess tournament, he arrives at work to find his office building bombed and several people killed. When questioned by the police, he explains he was playing chess at the time of the explosion. Then comes a greater shock - the police tell him the chess tournament never took place.
Thus begins a terrifying spiral of events that thrusts Berger into a dangerous world of madness and conspiracy. He becomes both the FBI's and the police's prime suspect in the bombing. Then Berger, the renowned thinker, suddenly finds himself hallucinating and losing is grip on reality. After someone tries to kill him with a bomb in his own home, Berger goes on the run.
Although a consummate logician, John Berger knows that his mind is rapidly deteriorating. Desperate and frightened, he must now solve the mystery of his missing weekend. For hidden in the depths of his tortured psyche are the answers to this lethal puzzle. But the secrets of Mirage will not unravel without a deadly fight with their keepers. And for Berger, the killers are quickly closing in.
Also in This Series 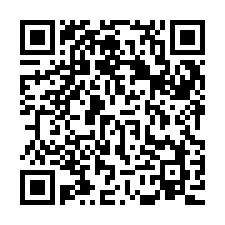