The spirit of the border »

The spirit of the border: a romance of the early settlers in the Ohio Valley

Description
The Spirit of the Border is the second in Zane Grey’s Ohio River Valley trilogy. The protagonist, frontier Indian fighter Lew Wetzel, and his opponent, border renegade Jim Girty, were historical figures who in 1777 clashed in the wilds of the western Virginia border. Wetzel takes as his partner Jonathan Zane, brother of Colonel Ebenezer Zane and Betty Zane, the heroine of the battle of Fort Henry. Together, Wetzel and Zane pursue a relentless war of attrition against Wyandotte, Shawnee, and Seneca Indians. Colonel Zane is opposed to them in his feeling that settlers and Indian fighters alike little know Òthe proud independence, the wisdom, the stainless chastity of honor” true of many members of the Indian nations.

Wetzel’s conflict with Jim Girty and his Indian renegades is centered on the Village of Peace, an enclave of Moravian missionaries and their Christian converts among the Indians. Girty and his allies fall upon these Christian Indians when they are at prayer in the chapel, and the resulting massacre finds only two boys escaping from the carnage. Wetzel and Zane pursue Girty, and there is a final confrontation at Beautiful Spring.

The Spirit of the Border was first published in 1906. Coupled with the appearance of Betty Zane in 1903, it further established Zane Grey’s reputation as a historical novelist. Grey’s Ohio trilogy concludes with The Last Trail. The authentic text to each volume is supplemented with a foreword by Loren Grey, son of the author. 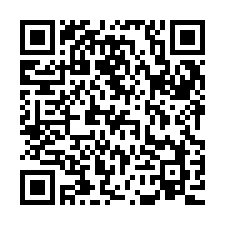