Close to the bone »

Close to the bone

Description
Brady Coyne has a thriving family law practice, but when an old client needs a top-notch criminal defense lawyer for his son, Brady enlists his fishing buddy, Paul Cizek. Cizek is called in to defend Glen Falconer, who killed a woman while driving drunk. The case looks open and shut against Glen, but Cizek works miracles and gets him off just as he has for a child molester, a Mafia hit man, and others. The work pays well, but Paul is burned out and depressed following his latest victory. He avoids Brady and leaves his wife - and then the Coast Guard finds his empty boat drifting at sea.
On behalf of Paul's wife, Brady takes a closer look. The police assume Paul was washed overboard during a storm, but he was a good sailor and often went out fishing in such conditions. And if he was really out fishing, where is his equipment, where is the bait? Brady is not convinced it was an accident, but the other options are suicide or murder.
At the same time Brady is investigating the shadows of his old friend's life, his own life is in flux as his friend and lover, Alexandria Shaw, contemplates leaving Boston to write a book.
Also in This Series 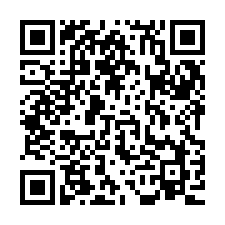