Description
The Tower, nicknamed "Alcatraz II" by law enforcement officials, is infamous as the world's foremost airtight extreme maximum security prison.
Allander Atlasia, a psychopathic killer and himself the victim of a horrible sexual attack as a child, has been sentenced to the Tower for a series of gruesome crimes. But Atlasia manages to do the impossible - he breaks out of the prison. He makes his way to the mainland and, armed with his own private agenda of hate and murder, begins his killing spree, intent on re-enacting and revenging the childhood tortures that turned him into a monster.
Jade Marlow is an ex-FBI agent who has been assigned to hunt down and capture Atlasia. A self described "tracker,' Marlow is relentless, fearless, and brilliant - a loose cannon in a private struggle with his own demons. With a record of irrational behavior and violence, and a kind of genius for putting himself into the mind of a criminal predator that is itself a sort of madness, Marlow may just be the only man smart and diabolical enough to catch Atlasia.
Also in This Series 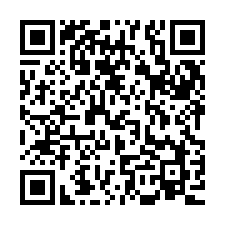