Description
"From the Pulitzer Prize-winning author of perhaps the most bestselling and beloved literary fiction of our time comes a triumph of imagination and compassion, a soaring novel about children on the cusp of adulthood in a broken world, who find resilience, hope, and a book. The heroes of Cloud Cuckoo Land are children trying to figure out the world around them, and to survive. In the besieged city of Constantinople in 1453, in a public library in Lakeport, Idaho, today, and on a spaceship bound for a distant exoplanet decades from now, an ancient text provides solace and the most profound human connection to characters in peril. They all learn the story of Aethon, who longs to be turned into a bird so that he can fly to the paradise of Cloud Cuckoo Land, a better world. Twelve-year-old Anna lives in a convent where women toil all day embroidering the robes of priests. She learns to read from an old Greek tutor she encounters on her errands in the city. In an abandoned priory, she finds a stash of old books. One is Aethon's story, which she reads to her sister as the walls of Constantinople are bombarded by armies of Saracens. Anna escapes, carrying only a small sack with bread, salt fish-and the book. Outside the city walls, Anna meets Omeir, a village boy who was conscripted, along with his beloved pair of oxen, to fight in the Sultan's conquest. His oxen have died; he has deserted. In Lakeport, Idaho, in 2020, Seymour, a young activist bent on saving the earth, sits in the public library with two homemade bombs in pressure cookers-another siege. Upstairs, eighty-five-year old Zeno, a former prisoner-of-war, and an amateur translator, rehearses five children in a play adaptation of Aethon's adventures. On an interstellar ark called The Argos, Konstance is alone in a vault with sacks of Nourish powder and access to all the information in the world-or so she is told. She knows Aethon's story through her father, who has sequestered her to protect her. Like Marie-Laure and Werner in All the Light We Cannot See, Konstance, Anna, Omeir, Seymour, the young Zeno, the children in the library are dreamers and misfits on the cusp of adulthood in a world the grown-ups have broken. Dedicated to "the librarians then, now, and in the years to come," Anthony Doerr's Cloud Cuckoo Land is about the power of story and the astonishing survival of the physical book when for thousands of years they were so rare and so feared, dying, as one character says, "in fires or floods or in the mouths of worms or at the whims of tyrants." It is a hauntingly beautiful and redemptive novel about stewardship-of the book, of the Earth, of the human heart"--Provided by publisher.
Also in This Series 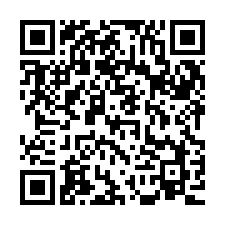