Description
<b>“One of the best thriller writers we have.” —Harlan Coben, #1 <i>New York Times</i> bestselling author</b><br> <br><b>From the international and instant <i>New York Times</i> bestselling author of <i>The Dirty South</i>, the white-knuckled Charlie Parker series returns </b><b>with this heart-pounding race to hunt down the deadliest of war criminals.</b><br><br>In Amsterdam, four bodies, violently butchered, are discovered in a canal house, the remains of friends and confidantes of the assassin known only as Louis.<br> <br>The men responsible for the murders are Serbian war criminals. They believe they can escape retribution by retreating to their homeland.<br> <br>They are wrong.<br> <br>For Louis has come to Europe to hunt them down: five killers to be found and punished before they can vanish into thin air.<br> <br>There is just one problem.<br> <br>The sixth. <br> <br>With John Connolly’s trademark “dark, haunting, and beautifully told” (<i>Booklist</i>) prose and breathless twists and turns, <i>The Nameless Ones </i>is an unputdownable thriller that will keep you on the edge of your seat.
Also in This Series 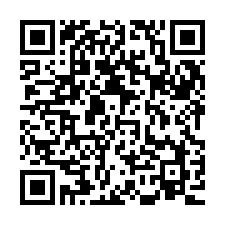