Carrie Soto is back »

Carrie Soto is back: a novel

Description
#1 NEW YORK TIMES BESTSELLER • “An epic adventure about a female athlete perhaps past her prime, brought back to the tennis court for one last grand slam” (Elle), from the author of Malibu Rising, Daisy Jones & The Six, and The Seven Husbands of Evelyn Hugo

“The perfect novel to close out your summer.”—The Washington Post

“Gorgeous. The kind of sharp, smart, potent book you have to set aside every few pages just to catch your breath. I’ll take a piece of Carrie Soto forward with me in life and be a little better for it.”—Emily Henry, author of Book Lovers and Beach Read

Carrie Soto is fierce, and her determination to win at any cost has not made her popular. But by the time she retires from tennis, she is the best player the world has ever seen. She has shattered every record and claimed twenty Grand Slam titles. And if you ask Carrie, she is entitled to every one. She sacrificed nearly everything to become the best, with her father, Javier, as her coach. A former champion himself, Javier has trained her since the age of two.

But six years after her retirement, Carrie finds herself sitting in the stands of the 1994 US Open, watching her record be taken from her by a brutal, stunning player named Nicki Chan.

At thirty-seven years old, Carrie makes the monumental decision to come out of retirement and be coached by her father for one last year in an attempt to reclaim her record. Even if the sports media says that they never liked “the Battle-Axe” anyway. Even if her body doesn’t move as fast as it did. And even if it means swallowing her pride to train with a man she once almost opened her heart to: Bowe Huntley. Like her, he has something to prove before he gives up the game forever.

In spite of it all, Carrie Soto is back, for one epic final season. In this riveting and unforgettable novel, Taylor Jenkins Reid tells her most vulnerable, emotional story yet.
Also in This Series 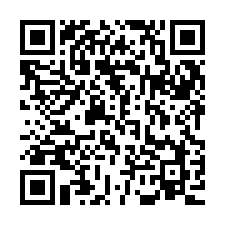 accelerated_reader_point_value
0
accelerated_reader_reading_level
0
auth_author2
Arrington, Sara
Athavale, Vidish
Bowden, Mary Carillo
Bromhead, Tom
Gonzalez, Stacy
McEnroe, Patrick
Meyers, Max
Miller, Heath, 1980-
Piniella, Reynaldo
Simmelkjaer, Rob
Wayne, Brendan
Whelan, Julia, 1984-
author
Reid, Taylor Jenkins
author2-role
Arrington, Sara,narrator
Athavale, Vidish,narrator
Bowden, Mary Carillo,narrator
Bromhead, Tom,narrator
Gonzalez, Stacy,narrator
McEnroe, Patrick,narrator
Meyers, Maxnarrator
Miller, Heath,1980-narrator
Piniella, Reynaldo,narrator
Simmelkjaer, Rob,narrator
Wayne, Brendan,narrator
Whelan, Julia,1984-narrator
author_display
Reid, Taylor Jenkins
available_at_ashland
Ashland Vaughn Public Library
detailed_location_ashland
Ashland Adult Audiobooks Fiction
Ashland Adult Fiction
Online OverDrive Collection
display_description
"In this powerful novel about the cost of ambition and success, a legendary athlete attempts a comeback at an age when the world considers her past her prime-from the New York Times bestselling author of Malibu Rising. Carolina Soto is undeniably fierce. She is determined to be the best professional tennis player the world has ever seen. And by the time she retires from the game in 1989 at the age of thirty-one, she is just that: the best. She has shattered every record and claimed twenty Slam titles. And if you ask Carrie, she is entitled to every one of those victories. After all, her dad-a former champion tennis player himself-has trained her for this since the age of two, always emphasizing, "We don't stop for one second until you are the best." Which is why it is infuriating when Nicki Chan arrives on the scene six years later and ties Carrie with twenty Slams. Just like that, Carrie's championship record is slipping through her hands. And she can't let that happen. So at thirty-seven years old, Carrie Soto is coming out of retirement to defend her title. Even if the sports media says she's too old to be playing professionally. Even if her injured athlete's body doesn't move as fast as it once did. Even if it means trusting her father to coach her again after he betrayed her all those years ago. And even if the fans don't want the cold, heartless "Battle Axe" Carrie back. In spite of it all: Carrie. Is. Back. She will return for one final season to prove to the world that she is the all-time champion. Because if you know your destiny is to be the best, isn't it your right to keep fighting for it?"--
format_ashland
Book
CD Unabridged
Large Print
eAudiobook
eBook
format_category_ashland
Audio Books
Books
eBook
id
dda56560-8ec7-0bad-e21d-8510d8b2e970
isbn
9780593158685
9780593158692
9780593614150
9780593614174
9780593632109
itype_ashland
AUDIOBOOK ON CD UNABRIDGED
BOOK - HARDCOVER
BOOK - NEW SHORT LOAN
LARGE PRINT BOOK
last_indexed
2022-10-01T15:21:40.500Z
lexile_score
-1
literary_form
Fiction
literary_form_full
Fiction
local_callnumber_ashland
CDBK REID
Online OverDrive
REID
local_time_since_added_ashland
Quarter
Six Months
Year
owning_library_ashland
Ashland Vaughn Public Library
Ashland Vaughn Public Library Online
owning_location_ashland
Ashland Vaughn Public Library
Online OverDrive Collection
primary_isbn
9780593158685
publishDate
2022
publisher
Ballantine Books
Books on Tape
Random House Audio
Random House Large Print
Random House Publishing Group
recordtype
grouped_work
subject_facet
Audiobooks
Competition (Psychology) -- Fiction
Fathers and daughters -- Fiction
Large type books
Psychological fiction
Sports fiction
Sports rivalries -- Fiction
Tennis -- Training -- Fiction
Tennis players -- Fiction
Tennis stories
Women tennis players -- Fiction
title_display
Carrie Soto is back : a novel
title_full
Carrie Soto Is Back A Novel
Carrie Soto is back : a novel / Taylor Jenkins Reid
title_short
Carrie Soto is back
title_sub
a novel
topic_facet
Competition (Psychology)
Fathers and daughters
Fiction
Literature
Sports rivalries
Tennis
Tennis players
Training
Women tennis players