Description
Kinky Friedman, the prodigal poet of country music, the novelist the Chicago Tribune called "a hip hybrid of Groucho Marx and Sam Spade," the author/musician and all-around bad ol' boy who single-handedly aims to put the "pop" back into popular fiction, has written a tale of murder, mayhem, and mental hospital slippers that is guaranteed not only to please the legion of fans who love his music, but is sure to delight readers far and wide.
If you want to meet great characters, ponder the mysteries of life (and death), and have an outrageously good time, then Elvis, Jesus & Coca-Cola is just what you need.
When legendary tough guy/actor Tom Baker dies, Kinky Friedman, who knew Baker probably better than anyone, suspects foul play. Bolstering his suspicion is the fact that a documentary Baker had been making on Elvis impersonators has disappeared, along with the only person who has actually seen the film, Baker's assistant, Legs.
In the course of searching for the missing Elvis movie, Kinky explores his own deep, dark past, namely his simultaneous affairs with two women named Judy - Uptown Judy and Downtown Judy, both vixens of a fairly high order (if fuzzy memory serves him right). Prompting this review of ancient history is the sudden reappearance of Downtown Judy ready to resume their relationship, and the sudden and mysterious disappearance of Uptown Judy. That these two plots come together, and that the Elvis film is found, is to be expected. Nothing else in this novel, however, deals with anything remotely expected.
Friedman's voice is feisty, sassy, irreverent, blistering, provoking, enchanting, mesmerizing and incredibly entertaining. In fact, Elvis, Jesus & Coca-Cola is much more than another Kinky Friedman mystery - itself a cause of joy - it is an entertainment of the highest order.
Also in This Series 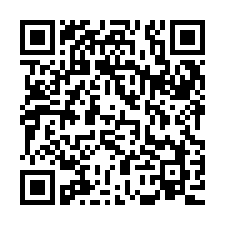