No hiding in Boise
(Book)

"With this novel, Kim Hooper has created magic from the seemingly impossible. In her hands, the gossamer threads that tie three perfect strangers to each other following a shared tragedy, become nothing less than a transformative bond of human connection. Honest, brave, messy and unsparing, her characters are fearless pioneers in the darkness, and ultimately shed light for us on the most precious gift of all…life after loss." –Brad Silberling, Writer/Director of Moonlight Mile, Director of City of Angels

When Angie is awakened by a midnight call from an officer with the Boise Police Department, she thinks there must be a misunderstanding. The officer tells her that her husband was involved in a shooting at a local bar, but how can that be possible when her husband is sleeping right next to her? Except when she turns to wake him, he isn’t there.

Tessa is the twenty-three-year-old bartender who escapes to a backroom storage closet during the shooting. When it comes to light that five people were killed, she is burdened with the question of why she survived.

Joyce wakes up to a knock at her front door, a knock she assumes is her wayward son, Jed, who must have lost his keys. It’s not Jed, though. Two police officers tell her that Jed is dead, shot at the bar. Then they deliver even worse news: “We have reason to believe your son was the shooter.”

So begins the story of three women tied together by tragic fate—a wife trying to understand why her now-comatose husband was frequenting a bar in the middle of the night, the young woman who her husband was apparently pursuing, and a mother who is forced to confront the reality of who her son was and who she is.

Description
No Hiding in Boise tells the stories of three women brought together by a mass shooting at a bar in Boise, Idaho. Angie's husband, Cale, was at the bar during the shooting (an outing he kept secret from his wife) and is now in a coma; Tessa was tending bar on the fateful night and believes Cale saved her life; and Joyce is the mother of the shooter who must come to terms with her role in the tragedy.
Similar Series From NoveList
Similar Titles From NoveList
Similar Authors From NoveList
Librarian Reviews
Published Reviews
Citations
APA Citation (style guide)

Note! Citation formats are based on standards as of July 2010. Citations contain only title, author, edition, publisher, and year published. Citations should be used as a guideline and should be double checked for accuracy.
Staff View
Grouped Work ID:
c67180e4-7176-dec7-f9b6-c2946cebe25d
Go To GroupedWork 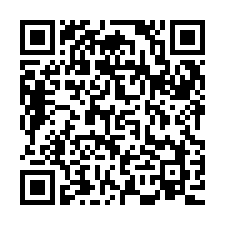