Hailed as Britain's Queen of Crime, Val McDermid's award-winning, internationally bestselling novels have captivated readers for more than thirty years. Now, in 1979, she returns to the past with the story of Allie Burns, an investigative journalist whose stories lead her into world of corruption, terror, and murder.

It's only January, and the year 1979 has already brought blizzards, strikes, power cuts, and political unrest. For journalist Allie Burns, however, someone else's bad news is the unmistakable sound of opportunity knocking, an opportunity to get away from the "women's stories" her editors at the Scottish daily The Clarion keep assigning her. Striking up an alliance with budding investigative journalist Danny Sullivan, Allie begins covering international tax fraud, then a group of Scottish ultranationalists aiming to cause mayhem ahead of a referendum on breaking away from the United Kingdom. Their stories quickly get attention and create enemies for the two young up-and-comers. As they get closer to the bleeding edge of breaking news, Allie and Danny may find their lives on the line.

The first novel in a brand-new series for McDermid, 1979 is redolent of the thundering presses, hammering typewriters, and wreaths of smoke of the Clarion newsroom. An atmospheric journey into the past with much to say about the present, it is the latest suspenseful, pitch-perfect addition to Val McDermid's crime pantheon.

Description
"It's only January, and the year has already brought blizzards, strikes, power cuts, and political unrest. But for journalist Allie Burns, bad news provides an opportunity to escape the "women's stories" to which her editors confine her. Striking up an alliance with wannabe investigative journalist Danny Sullivan, she begins covering international tax fraud, then gets wind of a group of Scottish ultranationalists aiming to cause mayhem ahead of the devolution referendum. Their stories quickly get attention, and create enemies for the two young up-and-comers. Are they enough to provoke the ultimate revenge?"--,Provided by publisher.
Similar Series From NoveList
Similar Titles From NoveList
Similar Authors From NoveList
Librarian Reviews
Published Reviews
Citations
APA Citation (style guide)

Note! Citation formats are based on standards as of July 2010. Citations contain only title, author, edition, publisher, and year published. Citations should be used as a guideline and should be double checked for accuracy.
Staff View
Grouped Work ID:
e45aaeab-2cb4-15a5-1d1e-63955385a20b
Go To GroupedWork 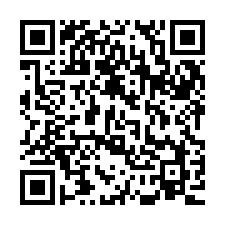