The night the lights went out
(Book)

Description
<b>A fascinating, darkly funny comeback story of learning to live with a broken mind after a near-fatal traumatic brain injury—from the acclaimed author of <i>The Hike</i></b><br><br><b>“Drew Magary has produced a remarkable account of his journey, one that is filled with terror, tenderness, beauty, and grace.”—David Grann, bestselling author of <i>Killers of the Flower Moon</i></b> <br><br>Drew Magary, fan-favorite <i>Defector</i> and former <i>Deadspin</i> columnist, is known for his acerbic takes and his surprisingly nuanced chronicling of his own life. But in <i>The Night the Lights Went Out</i>, he finds himself far out of his depths. On the night of the 2018 Deadspin Awards, he suffered a mysterious fall that caused him to smash his head so hard on a cement floor that he cracked his skull in three places and suffered a catastrophic brain hemorrhage. For two weeks, he remained in a coma. The world was gone to him, and him to it. <br><br>In his long recovery from his injury, including understanding what his family and friends went through as he lay there dying, coming to terms with his now permanent disabilities, and trying to find some lesson in this cosmic accident, he leaned on the one sure thing that he knows and that didn't leave him—his writing.<br><br>Drew takes a deep dive into what it meant to be a bystander to his own death and figuring out who this new Drew is: a Drew that doesn't walk as well, doesn't taste or smell or see or hear as well, and a Drew that is often failing as a husband and a father as he bounces between grumpiness, irritability, and existential fury. But what's a good comeback story without heartbreak? Eager to get back what he lost, Drew experiences an awakening of a whole other kind in this incredibly funny, medically illuminating, and heartfelt memoir.
Also in This Series

Description
The fan-favorite Defector and former Deadspin columnist shares his long recovery from a catastrophic brain hemorrhage and how he learned to live with a broken mind as he tried to figure out who this new person is, in this fascinating, darkly funny comeback story.
Similar Series From NoveList
Similar Titles From NoveList
Similar Authors From NoveList
Librarian Reviews
Published Reviews
Citations
APA Citation (style guide)

Note! Citation formats are based on standards as of July 2010. Citations contain only title, author, edition, publisher, and year published. Citations should be used as a guideline and should be double checked for accuracy.
Staff View
Grouped Work ID:
0c95bbec-55b0-344e-2a38-ac9cbb83a1b5
Go To GroupedWork 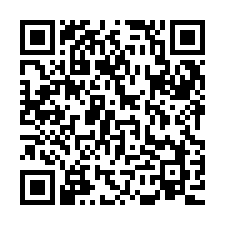