Description
<b><b>Longlisted for the PEN/Jacqueline Bograd Weld Award for Biography<br><br>“An exhilarating romp through Orwell’s life and times and also through the life and times of roses.” —Margaret Atwood</b><br> <br>“A captivating account of Orwell as gardener, lover, parent, and endlessly curious thinker.” <b>—Claire Messud, <i>Harper's</i></b><br><br><b>“Nobody who reads it will ever think of <i>Nineteen Eighty-Four</i> in quite the same way.”—<i>Vogue</i></b><br> <br><b>A lush exploration of roses, pleasure, and politics, and a fresh take on George Orwell as an avid gardener whose political writing was grounded in his passion for the natural world</b></b><br><br>“In the year 1936 a writer planted roses.” So begins Rebecca Solnit’s new book, a reflection on George Orwell’s passionate gardening and the way that his involvement with plants, particularly flowers, and the natural world illuminates his other commitments as a writer and antifascist, and the intertwined politics of nature and power.<br> <br>Sparked by her unexpected encounter with the surviving roses he planted in 1936, Solnit’s account of this understudied aspect of Orwell’s life explores  his writing and his actions—from going deep into the coal mines of England, fighting in the Spanish Civil War, critiquing Stalin when much of the international left still supported him (and then critiquing that left), to his analysis of the relationship between lies and authoritarianism. Through Solnit’s celebrated ability to draw unexpected connections, readers encounter the photographer Tina Modotti’s roses and her Stalinism, Stalin’s obsession with forcing lemons to grow in impossibly cold conditions, Orwell’s slave-owning ancestors in Jamaica, Jamaica Kincaid’s critique of colonialism and imperialism in the flower garden, and the brutal rose industry in Colombia that supplies the American market. The book draws to a close with a rereading of <i>Nineteen Eighty-Four</i> that completes her portrait of a more hopeful Orwell, as well as a reflection on pleasure, beauty, and joy as acts of resistance.
Also in This Series

Bibliography
Includes bibliographical references (pages 273-294) and index.
Description
"A fresh take on George Orwell as a far more nature-loving figure than is often portrayed, and a dazzlingly rich meditation on roses, gardens, and the value and use of beauty and pleasure in the face of brutality and horror. "In the spring of 1936 a man planted roses." That man was George Orwell, shortly before he went off to fight against fascism in Spain. Today, those rosebushes are still thriving. This is the starting point for Rebecca Solnit's new book, which presents another side of Orwell, a neglected arcadian Orwell who took enormous pleasure in the natural world and found great meaning and value in it. Orwell's planting of the roses is an axle from which Solnit's chapters radiate out like spokes as she brilliantly explores its various contexts, perspectives, and meanings, following the contours of Orwell's life and tracking how deeply enmeshed the love of nature is in all his writing. Journeying to the cottage in Wallingford where Orwell lived in 1936, she examines his desire to be agrarian and settled, how gardening restored him, and how planting something can be an act of fidelity and faith. Probing at the beauty and meaning of roses, she draws in the revolutionary photography and politics of Tina Modotti and makes a clandestine visit to a Columbian rose factory, where 80% of America's roses for sale are grown. She tracks the history of gardening, showing how the desire to garden is culturally determined and often rooted in class, recounts the immense battles over breeding and genetics in Russia during Stalin's time, and probes into the colonialist roots of Orwell's forebears, who worked in opium production in India and profiteered from sugar and slavery in Jamaica. Solnit shows how these points of intersection illuminate Orwell's work, and how that illumination shines forth on larger questions about beauty, pleasure, meaning, relationship, and hope. Her book establishes that "Orwellian" could stand for something more than ominous, corrupt, and sinister"--,Provided by publisher.
Similar Series From NoveList
Similar Titles From NoveList
Similar Authors From NoveList
Librarian Reviews
Published Reviews
Citations
APA Citation (style guide)

Note! Citation formats are based on standards as of July 2010. Citations contain only title, author, edition, publisher, and year published. Citations should be used as a guideline and should be double checked for accuracy.
Staff View
Grouped Work ID:
34c3b460-4da3-f28e-77c1-00a48093692a
Go To GroupedWork 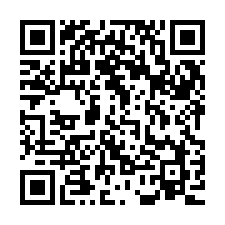