Description
“Nietfeld’s gifts for capturing the fury of living at the mercy of bad circumstances, for critiquing the hero’s journey even while she tells it, make Acceptance a remarkable memoir.” —The New York Times Book Review

A luminous, generation-defining memoir of foster care and homelessness, Harvard and Big Tech, examining society’s fixation with resilience—and its cost

As a homeless teenager writing college essays in her rusty Toyota Corolla, Emi Nietfeld was convinced that the Ivy League was the only escape from her dysfunctional childhood. But upward mobility required crafting the perfect resilience narrative. She had to prove that she was an “overcomer,” made stronger by all that she had endured.

The truth was more complicated. Emi’s mom was a charming hoarder who had her put on antipsychotics but believed in her daughter’s brilliance—unlike the Minnesotan foster family who banned her “pornographic” art history flash cards (of Michelangelo’s David). Emi’s other parent vanished shortly after coming out as trans, a situation few understood in the mid-2000s. Her own past was filled with secrets: mental health struggles, Adderall addiction, and the unbecoming desperation of a teenager fending for herself. And though Emi would go on to graduate from Harvard and become a software engineer at Google, she found that success didn’t necessarily mean safety.

Both a chronicle of the American Dream and an indictment of it, this searing debut exposes the price of trading a troubled past for the promise of a bright future. Told with a ribbon of dark humor, Acceptance challenges our ideas of what it means to overcome—and find contentment on your own terms.
Also in This Series

Description
"A brilliant, funny, generation-defining memoir about the double bind of crafting perfect adversity narratives for highly selective institutions, while fumbling through the far murkier reality of actual life in foster care and inpatient mental health treatment As a child, Emi Nietfeld was caught between a hoarder mother who got her put on antipsychotic medication, but was also the only person to believe she was exceptional, and a state system exemplified by a foster mom who tried to ban her art history flash cards because they had naked pictures (of Michelangelo's David). Even after wresting free of grim inpatient mental health institutions and getting into a prestigious boarding school, Emi scrambled for places to sleep during breaks. Realizing that her path to true independence lay in reinventing herself as a talented overcomer deserving of a full ride, she became obsessed with college admissions. While taking on the sad challenge of presenting herself as resilient to gain authorities' approval, Emi lived the untidy version of actual adversity at the same time- literally drafting her Common App statement while living out of her '92 Corolla. She found herself "trading my past for my future" in college admissions essays and scholarship applications, in an extreme example of the immense pressure on teenagers from all backgrounds to build the foundations of their entire lives. Emi's story is a harsh illumination of the near-impossible challenge set by societal expectations of coming from nothing, the brokenness of our child welfare system, and the reality that congratulatory letters from top schools couldn't keep her safe - as she found when she was raped while on a trip following her Harvard admission. Though Emi learns that entering the Ivy League, working in Big Tech, and living in a fancy apartment doesn't mean her life turns into gold, her reflections on her unlikely history, and her journey in confronting trauma and injustice, hold powerful lessons. Candid and frequently harrowing, with a ribbon of dark humor, Acceptance is a stunning human story and an invaluable view of the actual cost of upward mobility"--,Provided by publisher.
Similar Series From NoveList
Similar Titles From NoveList
Similar Authors From NoveList
Librarian Reviews
Published Reviews
Citations
APA Citation (style guide)

Note! Citation formats are based on standards as of July 2022. Citations contain only title, author, edition, publisher, and year published. Citations should be used as a guideline and should be double checked for accuracy.
Staff View
Grouped Work ID:
1883cd5e-deee-375b-5cc5-45fac76598ec
Go To GroupedWork 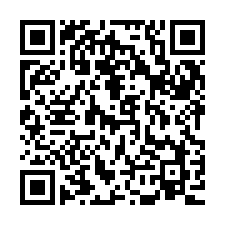