Description
“An essential history of the struggle by both Black and white women to achieve their equal rights.”—Hillary Rodham Clinton

The Nineteenth Amendment was an incomplete victory. Black and white women fought hard for voting rights and doubled the number of eligible voters, but the amendment did not enfranchise all women, or even protect the rights of those women who could vote. A century later, women are still grappling with how to use the vote and their political power to expand civil rights, confront racial violence, improve maternal health, advance educational and employment opportunities, and secure reproductive rights.

Formidable chronicles the efforts of white and Black women to advance sometimes competing causes. Black women wanted the rights enjoyed by whites. They wanted to protect their communities from racial violence and discrimination. Theirs was not only a women’s movement. White women wanted to be equal to white men. They sought equal legal rights, political power, safeguards for working women and immigrants, and an end to confining social structures. There were also many white women who opposed any advance for any women.

In this riveting narrative, Dr. Elisabeth Griffith integrates the fight by white and Black women to achieve equality. Previously their parallel struggles for social justice have been presented separately—as white or Black topics—or covered narrowly, through only certain individuals, decades, or incidents. Formidable provides a sweeping, century-long perspective, and an expansive cast of change agents. From feminists and civil rights activists to politicians and social justice advocates, from working class women to mothers and homemakers, from radicals and conservatives to those who were offended by feminism, threatened by social change, or convinced of white supremacy, the diversity of the women’s movement mirrors America.

After that landmark victory in 1920, suffragists had a sense of optimism, declaring, “Now we can begin!” By 2020, a new generation knew how hard the fight for incremental change was; they would have to begin again. Both engaging and outraging, Formidable will propel readers to continue their foremothers’ fights to achieve equality for all.
Also in This Series

Note! Citation formats are based on standards as of July 2022. Citations contain only title, author, edition, publisher, and year published. Citations should be used as a guideline and should be double checked for accuracy.
Staff View
Grouped Work ID:
0187c5a8-e57a-a956-409a-53faad425383
Go To GroupedWork 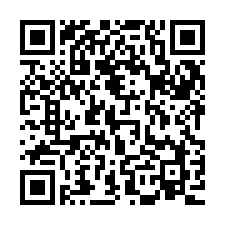