From legendary historian Adam Hochschild, a "masterly" (New York Times) reassessment of the overlooked but startlingly resonant period between World War I and the Roaring Twenties, when the foundations of American democracy were threatened by war, pandemic, and violence fueled by battles over race, immigration, and the rights of labor

The nation was on the brink. Mobs burned Black churches to the ground. Courts threw thousands of people into prison for opinions they voiced—in one notable case, only in private. Self-appointed vigilantes executed tens of thousands of citizens’ arrests. Some seventy-five newspapers and magazines were banned from the mail and forced to close. When the government stepped in, it was often to fan the flames.

This was America during and after the Great War: a brief but appalling era blighted by lynchings, censorship, and the sadistic, sometimes fatal abuse of conscientious objectors in military prisons—a time whose toxic currents of racism, nativism, red-baiting, and contempt for the rule of law then flowed directly through the intervening decades to poison our own. It was a tumultuous period defined by a diverse and colorful cast of characters, some of whom fueled the injustice while others fought against it: from the sphinxlike Woodrow Wilson, to the fiery antiwar advocates Kate Richards O’Hare and Emma Goldman, to labor champion Eugene Debs, to a little-known but ambitious bureaucrat named J. Edgar Hoover, and to an outspoken leftwing agitator—who was in fact Hoover’s star undercover agent. It is a time that we have mostly forgotten about, until now.

In American Midnight, award-winning historian Adam Hochschild brings alive the horrifying yet inspiring four years following the U.S. entry into the First World War, spotlighting forgotten repression while celebrating an unforgettable set of Americans who strove to fix their fractured country—and showing how their struggles still guide us today.

Bibliography
Includes bibliographical references and index.
Description
"A character-driven look at a pivotal period in American history, 1917-1920: the tumultuous home front during WWI and its aftermath, when violence broke out across the country thanks to the first Red Scare, labor strife, and immigration battles"--,Provided by publisher.
Similar Series From NoveList
Similar Titles From NoveList
Similar Authors From NoveList
Librarian Reviews
Published Reviews
Citations
APA Citation (style guide)

Note! Citation formats are based on standards as of July 2022. Citations contain only title, author, edition, publisher, and year published. Citations should be used as a guideline and should be double checked for accuracy.
Staff View
Grouped Work ID:
0372483a-826d-60e8-66aa-dcc85f0fbdee
Go To GroupedWork 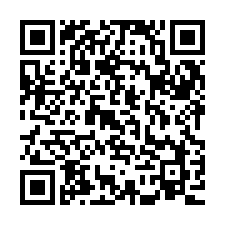