Description
Thomas Jefferson once asserted that "for depth of purpose, zeal, and sagacity, no man in Congress exceeded, if any equaled, Sam Adams." John Adams called him "the most elegant writer, the most sagacious politician, and celebrated patriot perhaps of all." But in spite of his celebrated status among America's founding fathers as a revolutionary leader, Samuel Adams' life and achievements have been largely overshadowed in the history books.

Nonetheless, as the fiery moral backbone of the American Revolution, it was Adams who first suggested that the colonies band together. He was the man who set the stage for the Boston Massacre, and he worked tirelessly to spread the news of its violence throughout the colonies. He masterminded the Boston Tea Party, perhaps the most powerful symbol of America's struggle for independence, and when Paul Revere rode to Lexington, it was to deliver his warning to Samuel Adams.

Now, in TITLE TK, Stacy Schiff brings her masterful skill as historian and storyteller to the life of Samuel Adams, examining his transformation from the listless, failing son of a wealthy family into the tireless, silver-tongued revolutionary who rallied the likes of John Hancock and John Adams behind him. Gripping and revelatory, this book is a long-overdue chapter in the history of the American Revolution.
Also in This Series

Bibliography
Includes notes, bibliographical references and index.
Description
"Thomas Jefferson asserted that if there was any leader of the Revolution, “Samuel Adams was the man.” With high-minded ideals and bare-knuckle tactics, Adams led what could be called the greatest campaign of civil resistance in American history. Stacy Schiff returns Adams to his seat of glory, introducing us to the shrewd and eloquent man who supplied the moral backbone of the American Revolution. A singular figure at a singular moment, Adams amplified the Boston Massacre. He helped to mastermind the Boston Tea Party. He employed every tool available to rally a town, a colony, and eventually a band of colonies behind him, creating the cause that created a country. For his efforts he became the most wanted man in America: When Paul Revere rode to Lexington in 1775, it was to warn Samuel Adams that he was about to be arrested for treason. In The Revolutionary: Samuel Adams, Schiff brings her masterful skills to Adams’s improbable life, illuminating his transformation from aimless son of a well-off family to tireless, beguiling radical who mobilized the colonies." --,Publisher's website.
Similar Series From NoveList
Similar Titles From NoveList
Similar Authors From NoveList
Librarian Reviews
Published Reviews
Citations
APA Citation (style guide)

Note! Citation formats are based on standards as of July 2022. Citations contain only title, author, edition, publisher, and year published. Citations should be used as a guideline and should be double checked for accuracy.
Staff View
Grouped Work ID:
7e6514f6-9a7f-d93f-ce17-72350c1cc72c
Go To GroupedWork 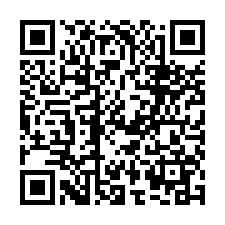