It’s 1959, and the 55-year-old man who calls himself CaryGrant is at the peak of a charmed career. He’s also on a turbulent journey tofind the core of a self he hardly seems to know anymore. Introduced to the wonderdrug LSD as part of his therapy at The Psychiatric Institute of Beverly Hills,he embarks on upward of one hundred psychedelic trips—at times harrowing journeys.And on the way, he rediscovers the long-ago boy who faced the world as ArchieLeach, the earnest, gap-toothed stilt walker and tumbler he once was, long ago.

In The Acrobat, fiction writer Edward J. Delaney takes onthe elusive character of Cary Grant. He imagines the inner life of a man who spenta career brilliantly creating a persona as ethereal as his best roles. As Grantlaunches on LSD-fueled trajectories of discovery, The Acrobat likewise transportsreaders through his fractured upbringing, his start in English vaudeville, hislife on the Hollywood sets, and his relationships with fellow travelers prominent in hislife: Howard Hughes, Randolph Scott, Blake Edwards, Tony Curtis, two of the fivewomen he married, and more. Amid the endless versions of himself and thecharacters he’s played, he yearns to shape himself into something singular, forged fromthe layers of illusion he’s smilingly foisted on the world, and for which the worldhas come to love him. This riveting dramatization of the actor’s life takes usbeyond the firm terrain that biographies tread, to offer a new perspective on acomplex Hollywood legend.

Description
""Everyone wants to be Cary Grant," mused the world's most famous leading man. "Even I want to be Cary Grant." Who was Cary Grant, really? Who was he meant to be? Who in the end did he want to become? It is 1959, the year of his greatest successes but also at the zenith of a charmed career, and the 55-year-old man who calls himself Cary Grant is on a deep journey into the self. Introduced to the wonders of LSD as part of his therapy at The Psychiatric Institute of Beverly Hills, he embarks on the hundred or more trips into his past, to the long-ago person he knows to be Archie Leach. The Acrobat combines fact and fiction to explore the life of Cary Grant. Using Grant's altered state as a jumping off point for each chapter, The Acrobat moves back and forth in time to look at Grant's troubled upbringing, his start in English vaudeville as an acrobat and stilt walker, his world on the set, and his relationships with the people who were prominent in his life: Howard Hughes, Randolph Scott, Blake Edwards, Tony Curtis, two of the five women he married, and more. Amidst the endless versions of himself and the characters that he played, this riveting investigation of the actor's life and mind takes us beyond where biographies have tread to offer a new perspective on a complex Hollywood legend"--,Provided by publisher.
Similar Series From NoveList
Similar Titles From NoveList
Similar Authors From NoveList
Librarian Reviews
Published Reviews
Citations
APA Citation (style guide)

Note! Citation formats are based on standards as of July 2022. Citations contain only title, author, edition, publisher, and year published. Citations should be used as a guideline and should be double checked for accuracy.
Staff View
Grouped Work ID:
81918bf8-e1a0-10d6-83ee-e9700baade1a
Go To GroupedWork 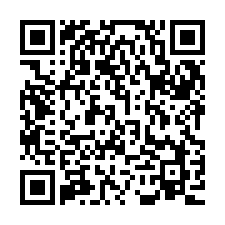